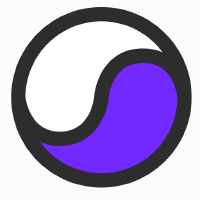 We’re happy to announce the launch of the Nomic Stakenet. This marks the beginning of the Nomic mainnet and the Nomic Bitcoin Bridge.

Included in the Stakenet is an airdrop of the NOM staking token which is claimable by all ATOM holders and stakers. You may now stake NOM and begin earning rewards.

Nomic’s first product is the Bitcoin Bridge, bringing Bitcoin to Cosmos. The bridge creates a new asset, nBTC, which is IBC-enabled and fully backed by BTC. We have designed a unique, permissionless protocol which allows anyone to easily deposit BTC in exchange for nBTC, or withdraw nBTC in exchange for mainnet BTC.

We’re excited by the potential of the world’s hardest money within Cosmos and Terra. For instance, we expect Osmosis BTC pairs, DAOs and DeFi protocols using BTC as a reserve asset, and an easy on-ramp into the ecosystem because of Bitcoin’s wide availability and liquidity.

To power this vision, we have designed a system that is more secure and permissionless than any other existing Bitcoin sidechain, joining proof-of-work and proof-of-stake to get the best of both worlds. By leveraging both Bitcoin’s hashrate and the Tendermint consensus protocol, the Nomic network is able to provide both high security and instant finality. It also creates a unique opportunity for proof-of-stake validators to earn BTC rewards.

To launch Nomic, we’ll be rolling out the network in phases over the coming months.

The Stakenet bootstraps the network by releasing the NOM staking token via an airdrop to ATOM holders and stakers, allowing them to stake NOM and begin accumulating rewards. The bridge functionality and NOM token transfers are disabled during this phase to allow launching in a controlled way where the impact of potential issues is minimized.

The first upgrade of the network will connect Nomic to other Cosmos chains (via IBC), and to the Bitcoin blockchain (via our bridge protocol). This will be a key milestone for the Cosmos ecosystem since Nomic will be the first IBC network not based on the Cosmos SDK, and the Bitcoin blockhain will officially become part of The Interchain.

NOM token transfers will also be enabled at this point (both locally and over IBC) - however, nBTC will still not be available for deposit or withdrawal.

In this upgrade, the network will fully enable the Bitcoin Bridge, allowing anyone to deposit BTC in exchange for nBTC, and withdraw nBTC in exchange for BTC. nBTC will also be available to move over IBC, so at this point we expect BTC to instantly be utilized in Osmosis pools and other protocols.

We’re excited to see all the potential that can be unlocked at this point when Bitcoin becomes a key part of the Cosmos and Terra ecosystems.

The Stakenet launch includes an airdrop to ATOM holders and stakers in order to begin circulating the NOM staking token.

Claim the airdrop and begin staking NOM in the Nomic web app: https://app.nomic.io (the Keplr Chrome extension is required).

Note that staking rewards will not start accumulating until Feb 1, 20:40 UTC.

Two more airdrops are planned for the coming months - see the tokenomics section below.

The NOM token is used to power the proof-of-stake security of the Nomic network.

Details for these airdrops are TBA and will be included in the upcoming network upgrades. Until then, these tokens are reserved but not in circulation.

Based on standards from $OSMO and other Cosmos projects, the strategic reserve is used to create strategic partnerships for Nomic. It is held in a multisig by the directors of the Nomic DAO Foundation and is strictly for the purpose of achieving the long-term goals of Nomic. It will not be used to market sell and strategic partners will be subject to vesting periods. All funds raised from the Strategic Reserve will be used to fund Nomic’s development efforts.

At the discretion of the multisig members, the reserve may also be used to delegate to validators who are providing high value services to Nomic, such as operating infrastructure like block explorers and relayers, or contributing open source tooling/resources to the ecosystem. In order to maintain decentralization of the network, the strategic reserve will not “overstake” such to have a controlling share of the network.

NOM will be distributed over 9 years, reducing the inflation rate by 1/3 each year.

Inflation begins 24 hours after the launch of the Stakenet - Feb 1, 2022 at 20:40 UTC. This gives the community time to make delegations so that the initial validators do not receive an unfair advantage for claiming the staking rewards.

Rewards will be distributed to NOM validators and delegators in a similar fashion to other Cosmos chains.

This share of the NOM supply will be used for future incentives to be decided by governance or prposed in later upgrades. For instance, potential incentives could be paid to nBTC holders or liquidity providers for NOM or nBTC pools on Osmosis.

Since no protocol incentives will be active at the Stakenet launch, emitted NOM will accumulate into a pool to be distributed later.

A share of NOM will be collected into a pool which can be spent by network governance. The Stakenet phase will not include a mechanism to spend these funds, so they will accumulate until a later upgrade which adds a governance system (e.g. futarchy).

Nomic has been under development since 2018 by early Cosmos employees, and while it may at first seem similar in many ways to other Cosmos chains, it has fundamentally different DNA. Other chains are based on the Cosmos SDK, a standard framework which has many strengths but also its own weaknesses. Nomic uses Tendermint consensus, but is otherwise built on a completely custom stack written in the Rust language with a focus on performance and the ability to develop new features quickly.

While the Nomic Bitcoin Bridge is a valuable product on its own, we see it as a building block for future projects. The real long-term focus of Nomic is to build innovative DAOs, which we believe are the most important new idea in the crypto space with potential that has yet to be unlocked. We hope that you will join us in our mission by participating in the Nomic network over the coming years as we push to outcompete the other platforms and projects in the crypto space.